Maison d’Azur, which consists of two reciprocal stone houses, was built at the end of the 19th Century by Greek workers who were brought to the village for the work of Hacı Memiş Ağa like many other Alaçatı stone houses. Indigenous light colored, soft stones and special mortars used instead of cement were used in the construction of these buildings. For this reason, the buildings confine the heat in winter and cold in summer. The two-storey buildings with bay windows have been restored to their original condition.

NOTE: Due to our place is in the village center, entry to the village is open between 04.00 and 11.00 a.m. in summer months. If you arrive outside these hours, you should walk 40 m after parking your car. If you arrive early in the morning, you can drive to the front of our hotel. 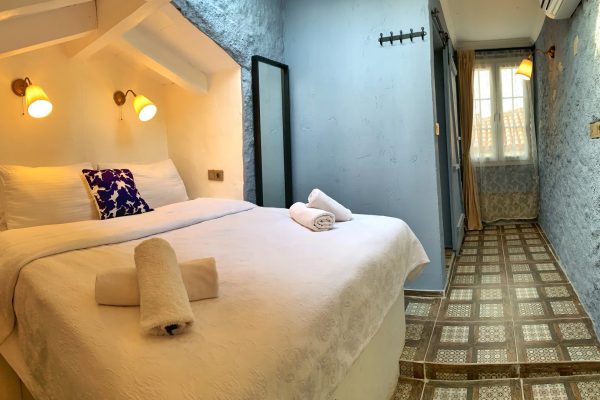 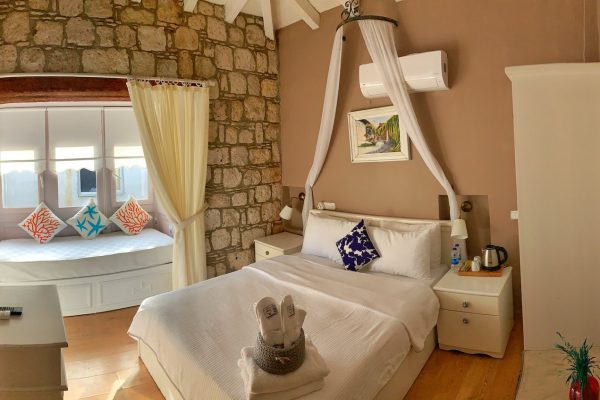 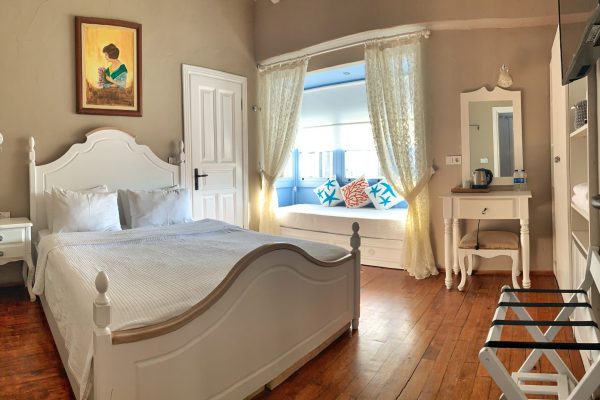 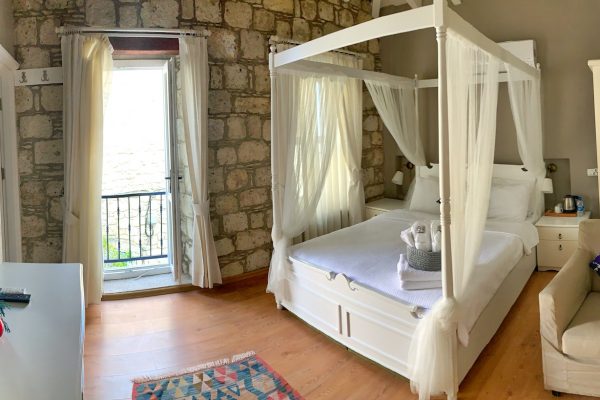 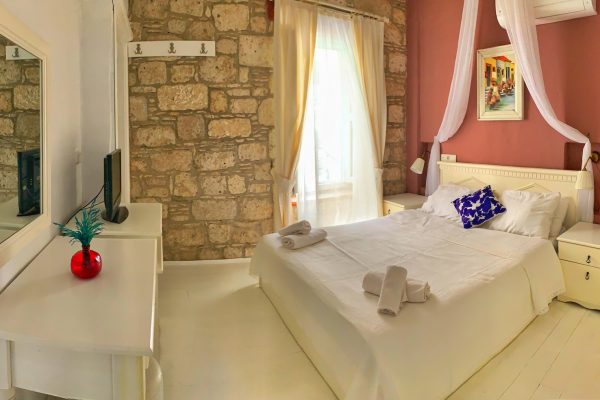