Just like Maison d’Azur, it was built by Greek workers who were brought to the village for the works of Hacı Memiş Ağa in the late 19th century. During its construction, indigenous light colored, soft stones brought from Mount Balanbaka and special mortars were used instead of cement.
For this reason, it confines the heat in winter and cold in summer. The building, which has a small courtyard, is a two-storey structure with bay windows. 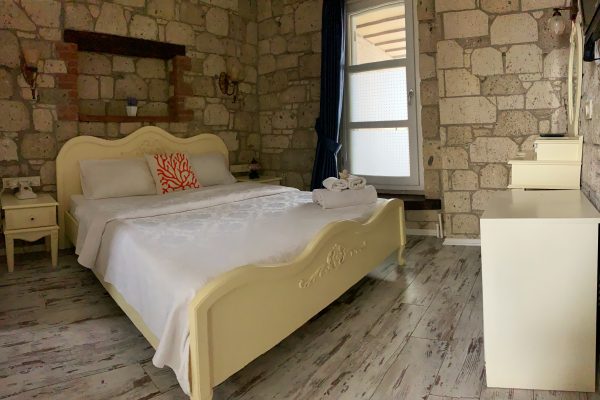 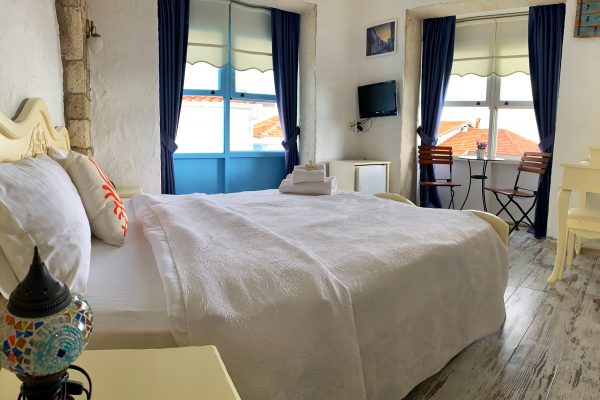